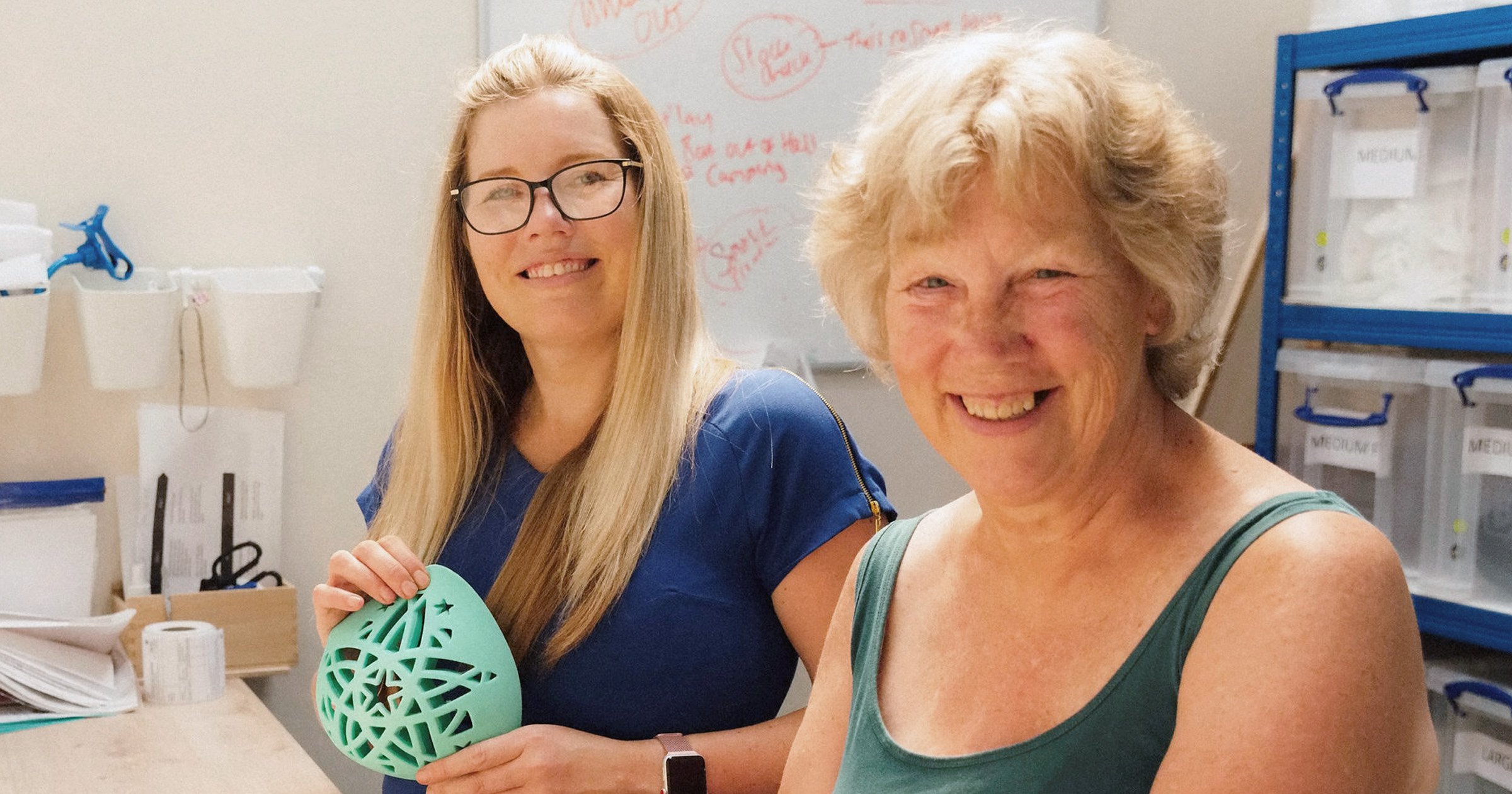 After watching her mum struggle with her prothesis following her mastectomy, Sam Jackman came up with a brilliant solution to help.

The 39-year-old had the idea of creating a ‘fake boob’ to hep women recovering from a mastectomy – after hearing her mum complain about her ‘hot’ and ‘uncomfortable’ prothesis.

But Sam, from Calstock, Cornwall, didn’t want to just ‘imitate a breast’, she was keen for people to express themselves through interesting designs – all while staying practical.

She said: ‘My mum was diagnosed with breast cancer seventeen years ago. Thankfully, she recovered after chemo, radiotherapy and surgery – but she had to have a mastectomy.

‘The chicken fillet she was given was really awkward and she absolutely hated it. She was a cleaner and wanted to go back to work, but found it impossible to do with the fillet she had.

‘I’d order loads of other ones from the internet over the years, but they were all the same – awkward, uncomfortable, and horrible looking.

‘One morning she came in and said “I just don’t understand why it has to look like that,” and I couldn’t stop thinking about it.

‘All breast forms seem to be trying to replace and mimic the breast someone’s lost, when really all she wanted was something to stop her clothes twisting about.

‘With other prosthetics, like legs, the primary concern isn’t that it looks like a real leg, it’s that it’s functional – so why isn’t it the same for breasts?

‘Why does it have to look like a beige horrible thing, why can’t it be leopard print or glittery or someone’s favourite colour?’

As a result, Sam decided to design her own ones.

Sam launched her business Boost in 2018 and began selling her vibrant designs during the first lockdown.

She then started offering lighter options for women, before securing investment in December 2021.

One year on and the 39-year-old says the feedback has been really positive so far – from customers of all ages.

She’s even been shortlisted as one of the top 10 highly-commended businesses in the NatWest and Daily Telegraph 100 Female Entrepreneurs to Watch list.

Sam said: ‘We’ve also had a lot of women of colour who find their options on the NHS are really limited – they only have about three or four colours and their stockroom is geared towards white women.

‘But our forms aren’t about that at all, they can just get their favourite colour or a cool pattern. My favourite memory is when a friend of one of our customers messaged me and thanked us for giving her friend back.

‘They used to go swimming all the time, but hadn’t for two years after her mastectomy, but once she got a Boost form she could go again, it was a lovely story.

‘I hope this can continue to grow and we can carry on reaching women who are looking for an alternative and can empower themselves in whatever way they choose.’