During the past few months, new variants of concerns have emerged and come to the fore. There is known to be increased transmissibility with these variants and the possibility for evasion of the body's immunity. In addition, they threaten the effectiveness of vaccines designed to combat SARS-CoV-2.

Now, the World Health Organization (WHO) has assigned simple and easy-to-say labels for key variants of SARS-CoV-2 using letters of the Greek alphabet. The health agency selected these labels after a thorough review of many potential naming systems. 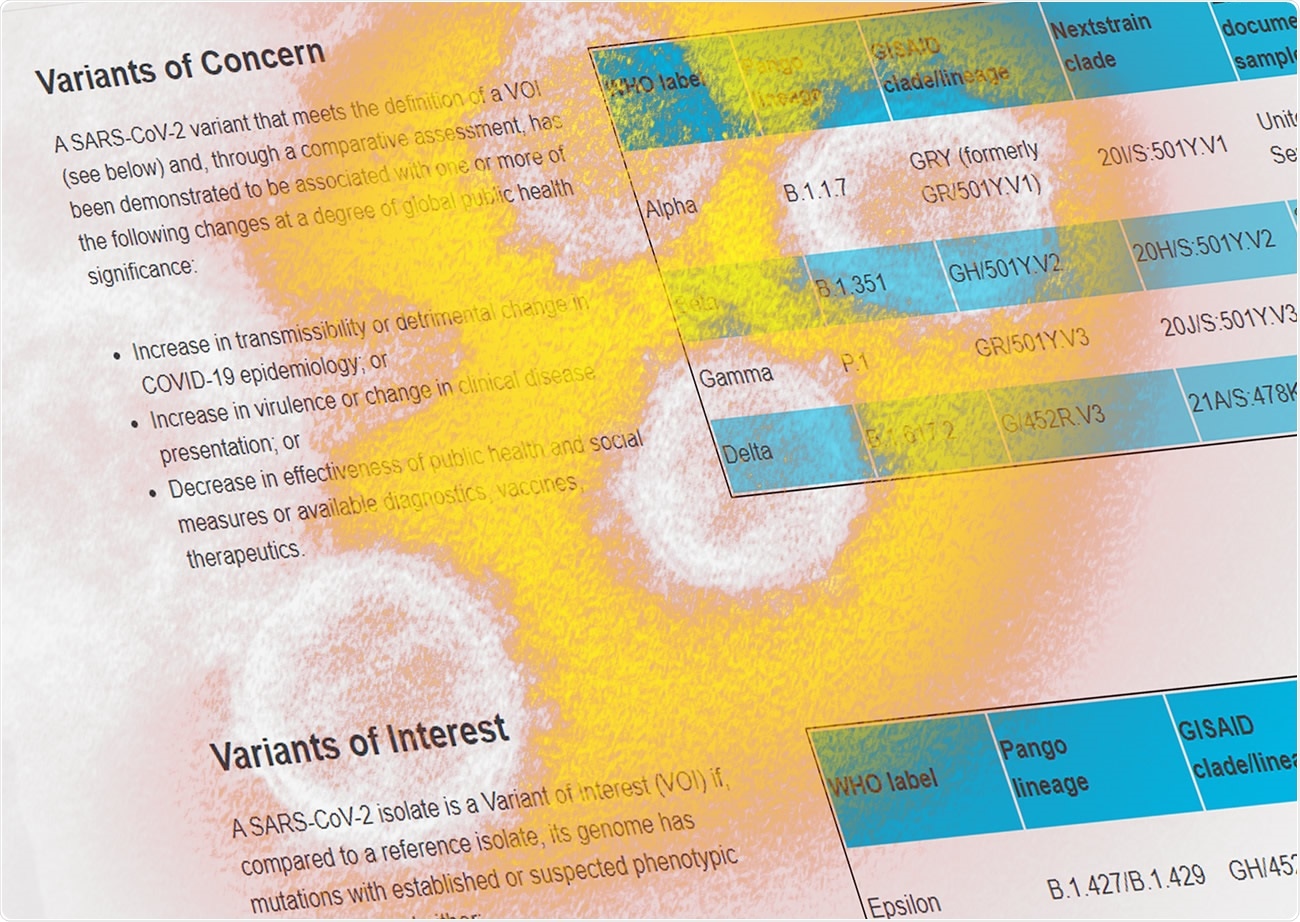 The WHO expert group recommended using letters of the Greek alphabet, which will be easier and more practical to discuss by non-medical audiences.

These labels are not intended to replace existing scientific names, but rather to allow people to pronounce them easily.  To date, the variations were named after the places where they first appeared, which is both discriminatory and biased.

"To avoid this and to simplify public communications, WHO encourages national authorities, media outlets, and others to adopt these new labels," the WHO emphasized.

According to the WHO website, the new terminology includes labels for both variants of concern and variants of interest.

Variants of concern are SARS-CoV-2 variants that meet criteria and have been linked to one or more changes. These include increased transmissibility, increased virulence or chance in the clinical disease process, and a decrease in the effectiveness of vaccines and therapeutics.

In order to adapt to changes in their environment, viruses undergo mutations over time. However, some changes may affect the characteristics, properties, and transmissibility of the virus. The associated severity may pose a global health threat.

Also, the effectiveness of approved vaccines may decrease as viruses mutate. It is possible for new variants to evade the immune system and antibodies developed during natural infection or vaccination.

Health officials across the globe have been monitoring SARS-CoV-2 variants throughout the pandemic. In December 2020, the United Kingdom reported a new variant of concern spreading since September 2020, which spreads faster.

"WHO and its international networks of experts are monitoring changes to the virus so that if significant mutations are identified, we can inform countries and the public about any changes needed to react to the variant and prevent its spread," the health agency noted.

There are now systems working globally to detect emerging variants. By being prepared and monitoring the variants, we can mitigate the spread of the virus. Still, WHO emphasizes the importance of basic infection prevention measures, such as handwashing, avoiding contact with others, and wearing a facemask.