Home » Health News » Yes, the Queen's corgis are grieving her loss – here's how they can recover 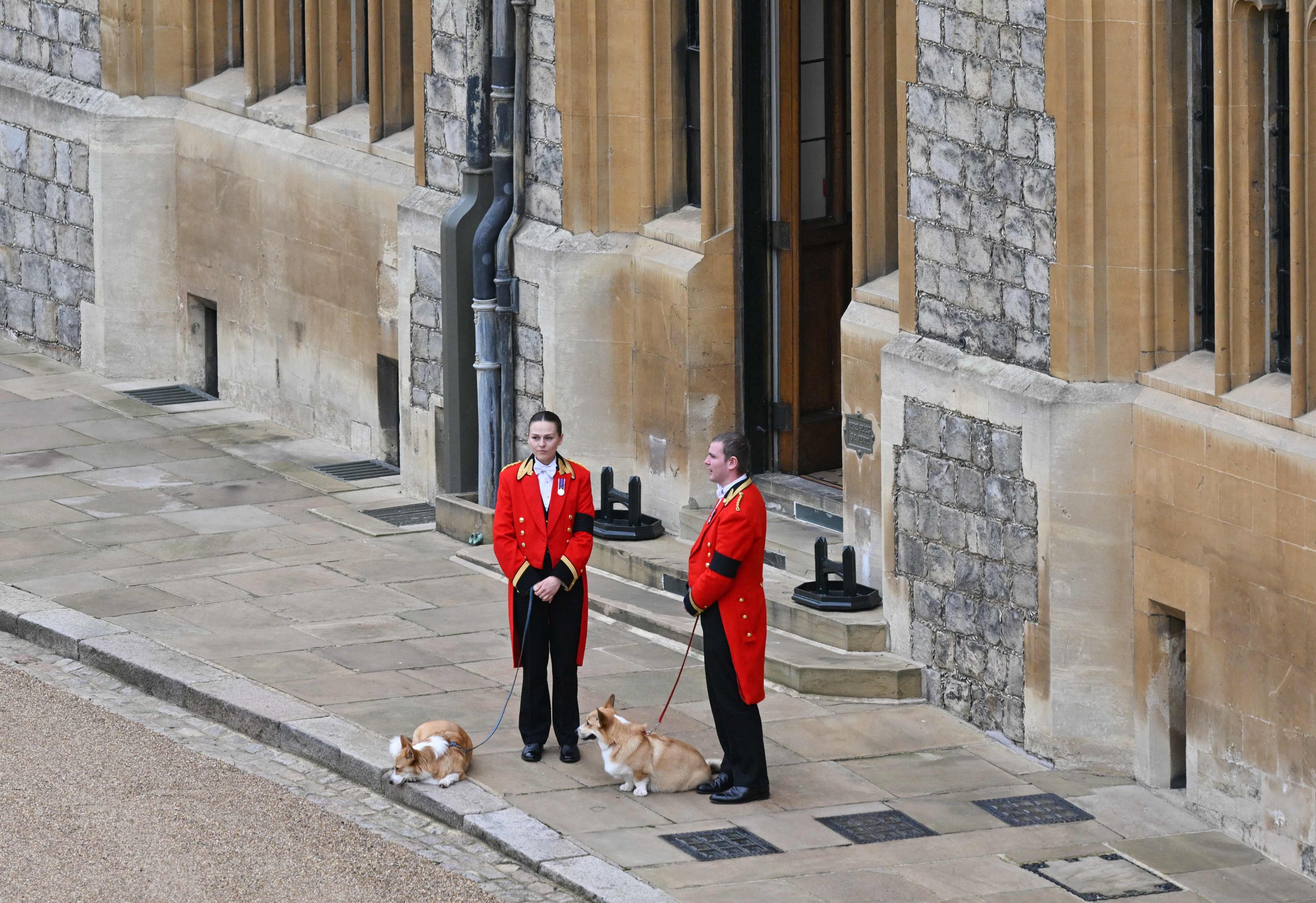 You’ve probably seen the heartstring-pulling picture of the Queen’s corgis, Muick and Sandy, looking despondent on the day of the monarch’s funeral.

Or, like so many of us, when Queen Elizabeth II died, perhaps the first question you asked was: ‘but what happens to her dogs?’.

While we’re often prone to anthropomorphizing our pets, the truth is that in this case, it’s likely the corgis will in fact be affected by the death of the Queen.

A recent bit of research found that dogs feel grief much in the same way that we do.

A study carried out in Italy looked at grief-related responses in both dogs and owners using the validation online ‘Mourning Dog Questionnaire.’

The survey was completed by 426 Italian adults who had owned at least two dogs, one of whom died while the other was still alive.

According to the owner’s answers, the surviving dog changed in terms of both activities and emotions after the death of the companion dog.

The findings showed that a dog may show grief-related behaviour and emotional reaction when a companion dies.

While that study looked only at canine pals, it’s thought that dogs will experience similar reactions when they lose their own, too.

Some signs that a dog may be experiencing grief include cowering, hiding, a change in appetite, sudden signs of aggression or irritability, and anxious reactions to their normal routine.

‘When dogs are anxious, they display a range of physical signs, depending on what is triggering them,’ explains pet wellness experts Miracle Leaf.

‘These include cowering, hiding, shaking, growling, whining, sudden signs of aggression and irritability, broken sleep and a lack of interest in food.’

Head to Metro.co.uk’s Queen Elizabeth II tag page for the latest updates, and sign Metro.co.uk’s book of condolence to Her Majesty here.

‘If they are grieving over the loss of another household pet, they may show these signs during times they associate with this pet.

‘For example, when they go out for walks, when they used to be left alone with the other pet while you went out to work, or during set meal times. So, it’s best to watch out for visible signs of anxiety during these moments in particular.’

The good news is that there are things you can do to help a dog who’s mourning the loss of their owner.

They key is keeping up the pet’s routines and giving them a sense of security and safety amid so much change – as well as plenty of fuss and attention.

Ryan Neile, animal charity Blue Cross’ head of behaviour services, tells Metro.co.uk that responses to losing an owner can vary from one dog to the next.

A sign that a dog may be taking the grief particularly hard could be that they’ve lost interest in things they’d normally enjoy, such as playing, eating or going for a walk.

Ryan adds other dogs might begin to feel anxious when left on their own.

But try not to worry – as long as you continue to care for the pup the same as always and treat them gently, they should feel better eventually.

Signs of grief in dogs

‘Grieving the loss of a loved family member is a natural process that most dogs recover from in time,’ says Ryan.

‘We can help our dogs to do this by being patient with them whilst sticking to their normal routine.

‘Try not to overly compensate by dramatically changing your behaviour or their routine, as this might be confusing for them when things settle back to normal.’

However, Ryan cautions that dogs can also appear depressed ‘when their needs aren’t being met’, and that anyone worried about their dog’s health or behaviour should contact their vet for assistance.