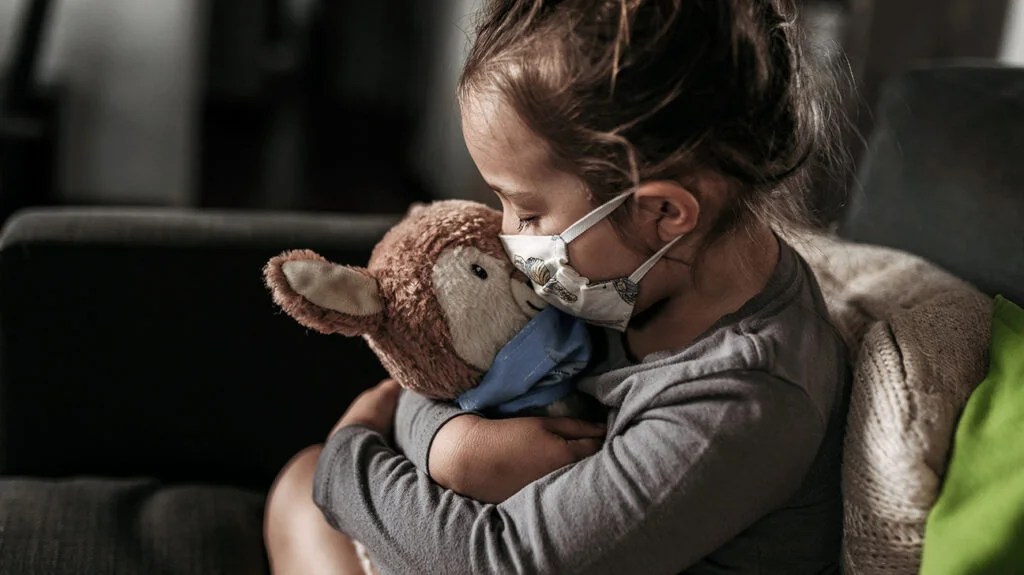 The reopening of schools and the uptick in COVID-19 cases due to the rapid spread of the SARS-CoV-2 Delta variant has renewed concerns among parents and policymakers about the safety of children.

Like adults, children and adolescents are susceptible to SARS-CoV-2 infections. Although a small number of children may develop severe illness, children are more likely to be asymptomatic or have mild symptoms compared with adults.

However, suggesting differences in children’s susceptibility to contracting SARS-CoV-2 and their ability to spread the virus compared with adults has been highly variable.

This lack of robust evidence is partly because some took place during the early part of the pandemic when limited unbiased data was available on how many children had contracted SARS-CoV-2.

Since children generally have milder symptoms and testing was limited to symptomatic cases, children were less likely to receive screening for SARS-CoV-2 during the early stages of the pandemic. This selective screening of people with symptoms resulted in an underestimation of the number of children with SARS-CoV-2.

Furthermore, lockdowns at this time likely coincided with the closure of school and childcare settings. This resulted in children having limited exposure to the virus, which led to the limited data on pediatric SARS-CoV-2 infections.

Studies have compared the ability of children to transmit the virus with that of adults. However, there is limited data on the differences in the risk of coronavirus transmission among children of different age groups.

A team of researchers at Public Health Ontario in Canada recently compared the risk of transmission of SARS-CoV-2 to household members between younger and older children.

Notably, this study took place during late summer and fall 2020, when Ontario had fewer restrictions in place and children were returning to school or daycare. As a result, there was an increase in the number of pediatric cases during this time, making it possible to evaluate the ability of children to spread the virus.

The study found that young children, especially those aged 0–3 years, were more likely to transmit the virus to household members than adolescents aged 14–17 years.

Study co-author Dr. Kevin Schwartz, an infectious disease physician at Public Health Ontario, told Medical News Today: “Our study provides some important information on SARS-CoV-2 transmission risk from younger children. Since parents cannot isolate from their infant children, other measures are needed to limit household transmission from kids, especially if there are high-risk adults within the home.”

Dr. Schwartz recommended that anyone older than 12 years gets vaccinated to minimize the risk of SARS-CoV-2 transmission in the household.

The study appears in the journal.

To investigate the ability of children of different age groups to transmit SARS-CoV-2, the researchers used public health data on SARS-CoV-2 infections in Ontario collected between June 1 and December 31, 2020.

Using these data, the researchers identified over 6,280 households in which the index, or the first person identified as having SARS-CoV-2, was an individual aged 0–17 years.

They then used this information to narrow down 1,717 households where the pediatric index person led to subsequent illness in at least one household member within the next 2 weeks.

The researchers found that larger household size and longer delays to testing had associations with higher odds of the pediatric index person transmitting the virus to family members.

The researchers found older children were more likely to be the first-identified or index person in the household.

However, children aged 0–3 years were more likely to transmit the virus to their family members than adolescents aged 14–17 years.

They also analyzed the data after controlling for variables such as household size and testing delays. After adjusting their analysis for these factors, the researchers found that children aged 0–3 and 4–8 years had an increased likelihood of transmitting the virus to household members compared with adolescents aged 14–17 years.

The increased likelihood of younger children transmitting the virus could be due to differences in the amount of virus in a child’s upper respiratory tract or behavioral dynamics among family members.

There is some suggesting that children younger than 5 years old may have higher amounts of virus in the upper respiratory tract than older children and adults. Higher amounts of the virus have with increased risk of SARS-CoV-2 transmission.

However, contrary evidence suggests there is no difference in viral loads between younger and older children.

These conflicting results indicate the need for more research to establish differences in viral load and transmissibility among younger and older children.

Asked about the potential reasons for the results, Dr. Schwartz said, “We were initially surprised by the results as there has been some previous evidence that younger children are less infectious and therefore less likely to spread SARS-CoV-2. This is likely still true. The explanation for our observations is likely related to the challenges of parents to isolate from their [children who have the virus].”

“It is essentially impossible for parents to isolate from their sick infants, compared to adolescents who can isolate themselves within the home. Our findings do not mean that children are more [likely to transmit the virus], just that once younger kids [have contracted the virus], they have a higher risk of spreading it in the home,” explained Dr. Schwartz.

Dr. Frederik Plesner Lyngse, a postdoctoral researcher at the University of Copenhagen in Denmark, who was not associated with the study, told MNT: “It may be difficult for persons [who have the virus] to self-isolate within the household due to lack of space, number of bathrooms, or caregiving needs of children. The latter reflects that younger children need more close caregiving, which translates into the parents or caregivers [contracting the virus].”

“Teenagers will have an easier time self-isolating in their room, [as they can play video games, etc.]. Older children have more contacts outside the household, which is why they are more likely to contract the virus in the community,” added Dr. Lyngse.

The authors noted, “Differential infectivity of pediatric age groups has implications for infection prevention controls within households, schools, and childcare facilities to minimize the risk of household secondary transmission.”

In a similar vein, Dr. Lyngse commented, “The results may have important public health implications, as household transmission may serve as a bridge between otherwise separate transmission domains, such as schools and physical workplaces, despite implemented interventions. Furthermore, the age profile of the transmissibility may have implications for the decision of vaccinating children in the future.”

In the context of policy decisions about school reopenings, Dr. Raszka told MNT: “I think that it’s a really interesting paper. [….] Initially, we were very concerned about how infective children were because it was in the context of whether or not schools could open. But we have proven that we can open schools with appropriate mitigation strategies.”

“The strength of this study was the large sample size that allowed us to evaluate the risk among different age groups. Previous studies have lumped together all children under 18 years or grouped them as 0-10 years. We were able to quantify the risk between smaller groupings of children,” said Dr. Schwartz.

He continued, “We were also able to incorporate some important variables into the analysis, such as testing delays and some socio-demographic variables of interest that could impact transmission, which we feel permits higher confidence in the findings.”

“The study has some limitations, as we used routinely collected public health data. It is possible some children were missed as index cases if they had mild or no symptoms. Conversely, some children may have been the first diagnosed case but not the true index case in the household,” noted Dr. Schwartz.

The authors conclude that “early testing of pediatric index cases and reduced household size/crowding may be useful strategies to minimize secondary household transmission by children.”