There have been links between MRI signal changes in the brain and gadolinium deposits from contrast dyes used in scans. Currently, there have not been any proven clinical consequences from gadolinium deposits, but patients have reported a series of biological and neurological symptoms attributed to gadolinium toxicity. There is particular interest in whether gadolinium deposition is linked to renal failure.

What is Gadolinium Used For?

Elemental gadolinium is extremely toxic, but when gadolinium ions are bound to a chelating agent such as aminopolycarboxylic acid ligands, they are considered safe. It is unclear whether deposited gadolinium in neuronal tissue remains in its chelated or free ionic form.

Gadolinium-based contrast agents (GBCA) or gadolinium (Gd) dyes are used in MRI scans. Contrast agents improve the quality of images of the interior of the body, helping doctors to better monitor or identify both normal and abnormal conditions, such as normal anatomy, blood vessels and abnormal pathological conditions. GBCAs are usually administered intravenously.

While severe reactions to gadolinium-based contrast agents are rare, several mild side effects have been identified that are generally brief and can all be controlled with medication. 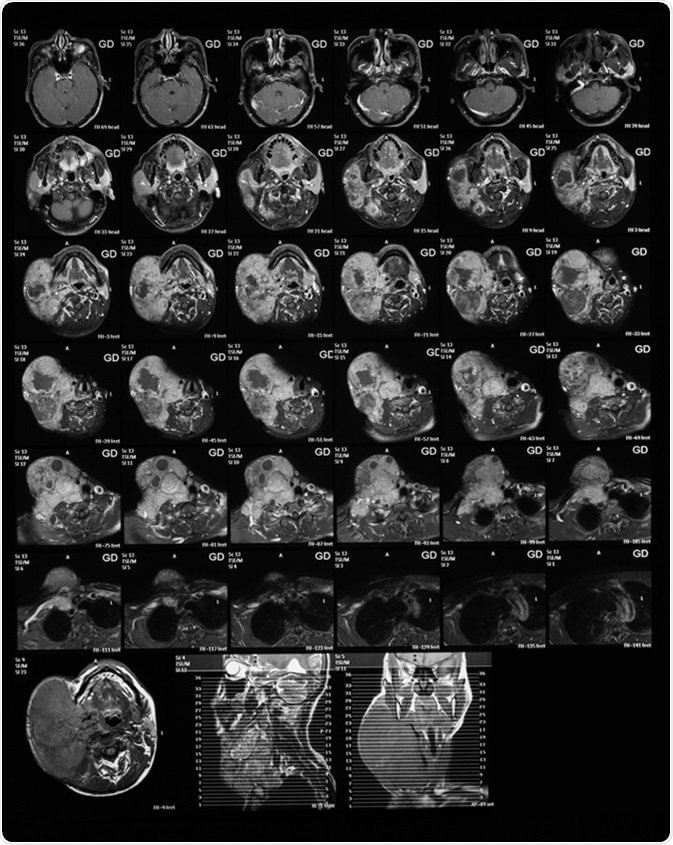 It is not always necessary to use GBCAs in MRI scans. Other options include:

However, these alternatives may not be suitable in every case.

GBCAs are divided into ionic and non-ionic GBCAs. Ionic agents have greater thermodynamic stability than non-ionic agents. There has been no definitive link drawn between stability and gadolinium deposition.

How do Gadolinium Deposits Occur?

Deposits have been found particularly in the dentate nuclei and globus pallidus within the brain, and the amount of gadolinium deposition has been shown to vary depending on its chelate structure.

Autopsy analyses have demonstrated that gadolinium passes through the blood brain barrier (BBB), which is a semipermeable membrane separating circulating blood from brain extracellular fluid. It prevents certain pathogens, cells and toxins from entering the brain. For GBCA to be considered safe, the gadolinium must remain in its chelated form during its clearance after the MRI scan.

What are the Risks of Gadolinium Deposition?

The dentate nuclei are vital for both motor and sensory functions and forcognitive tasks. Problems with the globus pallidus have been known to lead to parkinsonism, a group of neurological disorders affecting movement, and dystonia, another movement disorder presenting with uncontrollable muscle contractions.

There is particular concern for patients with multiple sclerosis (MS), and it has been advised that gadolinium-enhanced MRI scans should be used sparingly in this group.

Gadolinium has been investigated for its link to renal failure. However, post-mortem brain evaluations of 13 patients who had all had multiple GBCA-enhanced MRI scans were compared with 10 patients who had not received GBCA-enhanced MRI scans. All of these patients had normal renal function and therefore, causation between gadolinium and renal failure has not been definitively proved.

Nephrogenic systemic fibrosis (NSF) is a condition that occurs in people with advanced kidney failure and presents with thickening of the skin, burning and itching sensations and, in some people, muscle weakness, bone pain and blood clots. NSF has been linked to gadolinium exposure, but NSF incidence is very rare. However, it has been suggested that exposure to GBCAs be limited for patients with existing kidney injuries or disease.

Rat models have been used to investigate whether gadolinium deposits in the brain can be cleared. Over a course of 20 weeks, deposits were found to decrease by approximately 43%. Whether this clearance rate is similar to that in humans is yet to be proved. If different GBCAs have different clearance rates, it may have an impact on which GBCAs are used in the future.

While there is evidence to prove that gadolinium deposits do occur in the brain after exposure to GBCAs, there are currently no proven or long-term clinical effects of these deposits. Patients have described some adverse biological and neurological symptoms that they attribute to gadolinium toxicity, but these results have been drawn from badly controlled studies and most data has come from anecdotal reports. Regulation of GBCA usage has been suggested, limiting the use of GBCAs in MRI scans to specific cases where the enhanced information provided by contrast agents is deemed necessary, especially when multiple exposures are required. Further research is necessary to quantify and solidify the clinical significance of gadolinium deposits, and surveillance of their clinical effects is also necessary to more accurately measure the possible impact of such scanning upon patient care.

Lois is a freelance copywriter based in the UK. She graduated from the University of Sussex with a BA in Media Practice, having specialized in screenwriting. She maintains a focus on anxiety disorders and depression and aims to explore other areas of mental health including dissociative disorders such as maladaptive daydreaming.