Home » Health Problems » Labor: what is the “show”?

Labor may be defined as the physiological process of giving birth. It includes the delivery of the fetus and the placenta, and is often preceded by signs and symptoms such as: 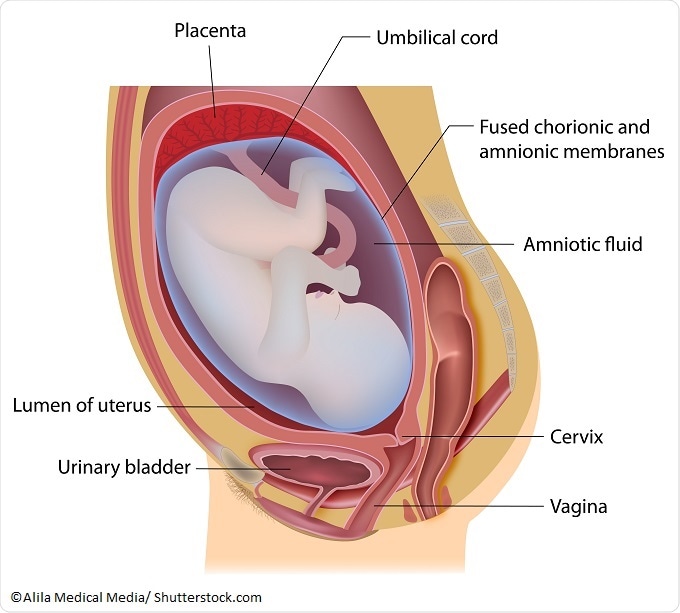 These symptoms often signal the earliest phase of the first stage of labor, namely, the latent phase. This involves the thinning or effacement of the thick tubular cervix which is closed tightly throughout a normal pregnancy, so that it becomes a thin rim stretched over the uterine opening.

The cervix may also dilate from zero to three centimeters, at which the woman enters established or active labor, which is the second phase of the first stage of labor. Contractions may or may not be noticeably present, and the process may go on for hours, days or even weeks. This phase will therefore vary from woman to woman.

The importance of show as an indicator of the imminence of labor is linked to the concurrence of other signs and symptoms of the latent phase of labor. It may be a more reliable sign if several symptoms coincide.

The show is a blood-stained or sometimes bloody discharge from the uterus, often mixed with plenty of mucus. It originates in the loosening and expulsion of the thick mucus plug that blocks the cervical canal throughout normal pregnancy. The reason for this loosening is the slow cervical dilatation that characterizes early labor.

The relationship between the show and the onset of labor is uncertain. A bloodstained or altered vaginal discharge in late pregnancy may be identified as show if it is accompanied by some of the other symptoms of latent phase labor, such as a dull low backache, vaginal spotting, diarrhea or abdominal cramps. In many women, labor is delayed for several days after the discharge is observed. Active labor may be recognized by the onset of frequent and painful contractions in most women.

When the ‘show’ is profuse or heavily bloodstained, as happens in some women, it is called excessive show. This denotes the passage of more than a few drops of blood every now and then, such that a panty liner is necessary to prevent staining. In such a case, it may become necessary to differentiate it from other causes of bleeding in pregnancy. An excessive show is not accompanied by fetal or maternal distress, and the ultrasound is normal.

Abruption of the placenta, which refers to a sudden or gradual separation of the placenta from the uterus before the birth of the fetus, is another potential cause of bleeding. Acute abruption is usually accompanied by profuse bleeding and uterine cramps, with a hard tender uterus being a characteristic of this condition. Ultrasound scanning often reveals the presence of a retroplacental clot. Fetal distress is often present, and fetal death is a recognized complication of significant abruption. Maternal coagulopathy is also a dreaded complication. Chronic abruption is slower, less dramatic, and produces slower bleeding and no fetal distress. However, it may be associated with a higher risk of fetal prematurity.

Placenta previa refers to the separation of a low-lying placental edge with dilatation of the cervix. It is accompanied by profuse bleeding but without signs of fetal distress as there is no retroplacental clot formation and therefore no compromise of fetal circulation. This type of bleeding is likely to be preterm, and the use of ultrasound provides the correct diagnosis.

Vaginitis or cervicitis also have to be considered in the differential diagnosis, in which case other symptoms may be present such as irritation, odor, or passage of bright red blood, but not uterine cramps.

Other potential causes of bleeding include (but are not confined to) growths of the uterus or cervix such as polyps, post-coital or post-examination spotting, and some other less common causes such as vasa previa and antepartum hemorrhage of unknown origin.

How to monitor unexpected bleeding

A woman with antepartum bleeding after having intercourse or a vaginal examination should use a clean pad and check the amount of staining every 30 to 60 minutes for a few hours. Any significant and continuing bleeding should be reported to the healthcare provider at once.

Pregnant women should be alert for strong and painful contractions, or if the uterus feels rigid or painful. Such findings should be reported to the healthcare provider.

Any other type of vaginal bleeding should be reported immediately to the doctor to rule out serious conditions which may threaten the life of the mother and/or the fetus.