Multiple sclerosis (MS) is a demyelinating disorder of the central nervous system which is among the biggest causes of physical disability in young adulthood. It is characterized by demyelinating changes to nerves and inflammation around blood vessels.

Though inflammation is often found in patients with MS, anti-inflammatory drugs and immunosuppressants, like low-dose corticosteroids, have not proved successful in treating this condition. Recently, immunomodulators have been developed for the treatment of MS. The role of anti-LINGO1 monoclonal antibody, which enhances remyelination by endogenous mechanisms, is being actively researched.

Hematopoietic stem cell transplantation after myeloablation has also been found to stop clinical relapse and reduce disease activity detectable on MRI. These results support the etiological role of inflammation as the causation of demyelination in MS. 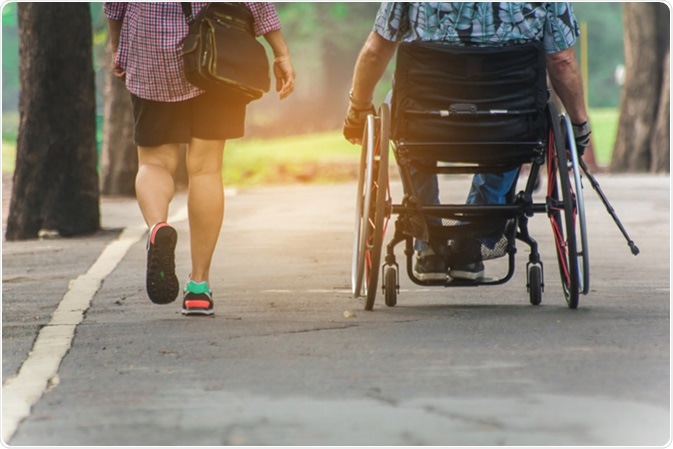 Why is Remyelination Crucial?

Physiologists have long thought that the function of myelin was to produce saltatory rather than continuous conduction along the nerve fibers. However, it is now thought that myelin not only serves as a structural element, but also as one which is essential for nerve cell metabolism by providing energy to axons. Given this view, it is possible to understand how demyelination causes secondary degeneration of the neurons secondary to lack of energy supply to axons. Remyelination would be crucial, therefore, in interrupting this disease pathology.

For this reason, remyelination therapies are being intensively researched to complement natural remyelination attempts. The principle behind them is two-fold: promote repair by the body itself, and transplant myelinating cells into the body to facilitate repair.

Most human trials of endogenous remyelination have been disappointing , despite encouraging animal studies.

One direction of early studies was promotion of the differentiation of oligodendrocyte precursor cells (OPC ), which are usually preserved despite myelination failure. It was thought that failure of OPCs to differentiate into remyelinating cells resulted from abnormal cellular signaling pathways.

A molecule called LINGO1 is sometimes found on the surface of immature oligodendrocytes and causes arrest of maturation, which prevents myelination. The monoclonal anti-LINGO1 antibody has been found to suppress LINGO1 expression.

Other research is exploring chemicals that bring OPCs to areas of demyelination to speed up endogenous remyelination . Studies of semaphorin 3F , a cell surface receptor on OPCs, has yielded some promising results in phase II studies but more study is needed before it can be introduced as a therapy for MS.

Various candidate drugs that promote oligodendrocyte differentiation from OPCs at low concentrations are currently being investigated.

The obvious deficiency of OPC in 20 % to 40% of patients with MS has prompted researchers to concentrate on exogenous supply of myelinating cell precursors. Autologous Schwann cells have been transplanted into an MS patient, but other cell types, such as stem cells and OPCs, are also being studied. These cells may be sourced from adult stem cells or bone marrow.

Induced pluripotent stem cells are being produced by inducing dedifferentiation of skin fibroblasts back into stem cells, then exposing them to new transcription factors to promote differentiation into oligodendrocytes.