West syndrome is a severe form of epilepsy most common in infancy. It is characterized by infantile spasms, hypsarrhythmia, and mental deficiency. With this said, a diagnosis of West syndrome can still be made should 1 of the 3 symptoms be absent. 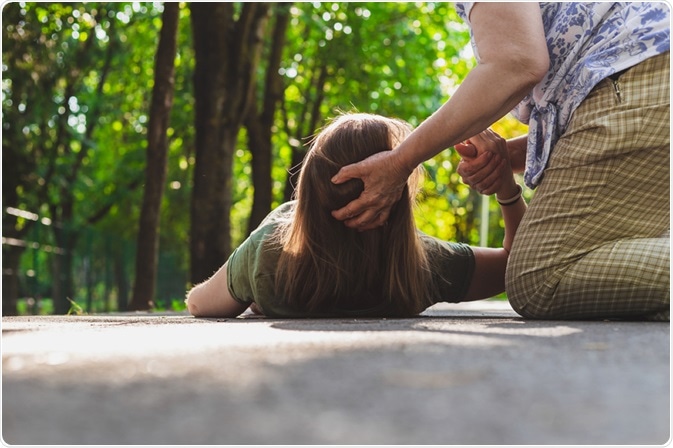 The infantile spasms that result are one of three types:

The most widely-used techniques to diagnose West syndrome include:

An EEG study uses electrodes placed on the scalp to record the brain's electrical activity. The detection of hypsarrhythmia, especially during sleep, can indicate that a patient has infantile spasms. Hypsarrhythmia is a brain wave pattern seen when seizures are not occurring and are indicated by chaotic, high-voltage spikes on an EEG. This pattern is present in wakefulness but is enhanced during sleep. Therefore, an EEG study should ideally include recordings taken during wakefulness and sleep to confirm a West syndrome diagnosis.

In some cases, simultaneous video and EEG recording (“Video-EEG”) can be used to verify particular brain-wave patterns during infantile spasms and document the patterns between the spasms.

Approximately 70-80% of patients with West syndrome present with abnormal findings on neuroimaging studies; these aim to identify West syndrome's underlying causes. It is important that neuroimaging is done before the start of specific therapies- particularly ACTH or steroid therapy- associated with the possible appearance of brain atrophy as therapy progresses.

Both imaging techniques can detect an underlying brain infection or structural abnormalities associated with the syndrome in children. Of the two, the MRI scan is much more sensitive and likely to discover the brain's abnormality.  In fact, an MRI scan can show many neurologic abnormalities (such as developmental brain abnormalities) and evidence of brain injury incidents (such as those resulting from trauma, lack of oxygen, or infection).

These may be necessary to determine if there is a metabolic or genetic disease responsible for a case of West syndrome. In fact, more than 50 genetic or metabolic diseases have already been associated with the syndrome. Blood, urine, or cerebrospinal sample may be taken if family history or examination indicates the possibility of a metabolic or genetic disorder. For example, a diagnosis of nonketotic hyperglycemia requires a lumbar puncture to test for glycine.

It is not uncommon for a diagnosis of West syndrome to be delayed, and this may occur due to many reasons: