Cervical cancer is cancer of the cervix or the entrance to the womb from the vagina. The cervix is sometimes called the uterine cervix. 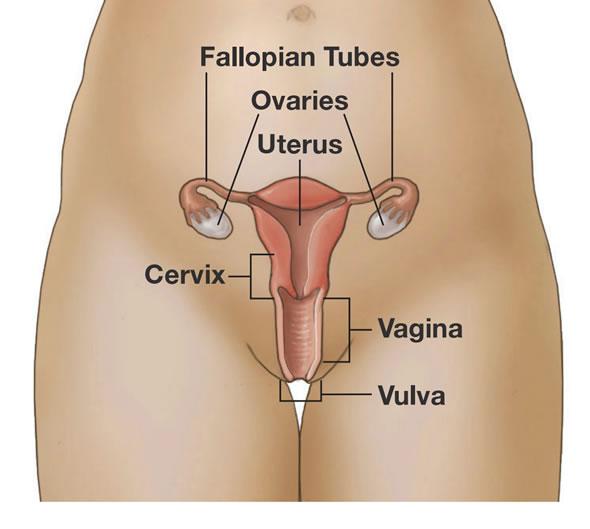 What is the cervix?

The cervix is lined by two main types of cells. These are squamous cells (on the exocervix) and glandular cells (on the endocervix). The endocerivical lining thus is capable for secretions. The place where these 2 cell types meet is called the transformation zone.

How does cancer occur?

The body is built up of trillions of cells. Each of these cells have a tightly regulated system within their DNA that controls their growth, maturity, division and death. When this DNA undergoes damage or changes, the cells turn rogue and abnormal and grow uncontrollably giving rise to cancers.

Most cervical cancers start in the transformation zone. The cancers usually begin in the cells lining the cervix. The normal cells first gradually develop precancerous changes that turn into cancer. These precancerous changes are called cervical intraepithelial neoplasia (CIN), squamous intraepithelial lesion (SIL), and dysplasia. These changes can be detected by the Pap test and treated to prevent the development of cervical cancer.

Screening for and symptoms of cervical cancer

Cervical cancer often has no symptoms in its early stages. This is the reason why screening for cervical cancer can help detect early cases and save thousands of lives. The cells lining the cervix undergo several changes over years. In rare cases, these changed cells can become cancerous.

During screening, a small sample of cells is taken from the cervix and checked under a microscope for abnormalities. This test is commonly referred to as a cervical smear test.

The most common early symptoms include vaginal bleeding. This can occur during or after sexual intercourse or after the menopause. Although this is abnormal but bleeding may not always mean cervical cancer.

When diagnosed at an early stage, surgery is a possible method of treating cervical cancer successfully. Sometimes just the cervix is removed and in many cases the complete womb is removed. This is called hysterectomy. Hysterectomy is usually opted for by women who have completed child birth and who have attained menopause.

Radiotherapy is an alternative to surgery for some women with early stage cervical cancer. Those with advanced cancer need chemotherapy with anticancer drugs as well as radiotherapy.

Most types of cervical cancers are caused by the human papillomavirus (HPV). HPV is a very common virus that's spread during sex. There are more than 100 different types of HPV, many of which are harmless. It may lead to an asymptomatic infection or genital warts.

Two distinct strains of the HPV virus are known to be responsible for 70% of all cases of cervical cancer. They are HPV 16 and HPV 18. These HPV strains can disrupt the normal functioning of the cells of the cervix making them dysplastic and eventually cancerous.

Most women who are infected with these two types of HPV may not get cervical cancer. This means, there are other factors that may be responsible for cervical cancer causation.

Some of the risk factors associated with cervical cancer include:

Prevention of cervical cancer can thus be achieved by anti-HPV vaccine. The vaccine used is Gardasil or Cervarix – which provides protection against cervical cancer and genital warts. This is usually administered a few years before a girl becomes sexually active. The usual recommended age is 9 to 11 years. The vaccine protects against the two strains of HPV responsible for more than 70% of cervical cancers in the U.K.