In today’s market many weight aid loss remedies are being advertised with only a few registered as medical devices. One popular, well-known and registered weight loss aid is called formoline L112.

Formoline L112 is a linear polysaccharide (chitosan) with a low molecular weight. It consists of a ß-1,4-polymer of D-glucosamine and N-acetyl-D-glucosamine, which are derived from shellfish. It is part of a subgroup of polyglucosamines and registered as a class III medical device in Germany.

The main effect of formoline L112 is to limit the absorption of dietary fat absorbed, aid weight loss and weight maintenance, and to lower high cholesterol levels in the blood.

In the study by Cnubben in 2016, the fat absorption from the GI tract to the circulation and exposure to free fatty acids were reduced, which may benefit overweight persons.

A review from 2018 by Cornelli concluded that polyglucosamine L112 binds to lipids and effectively reduces omental fat mass. 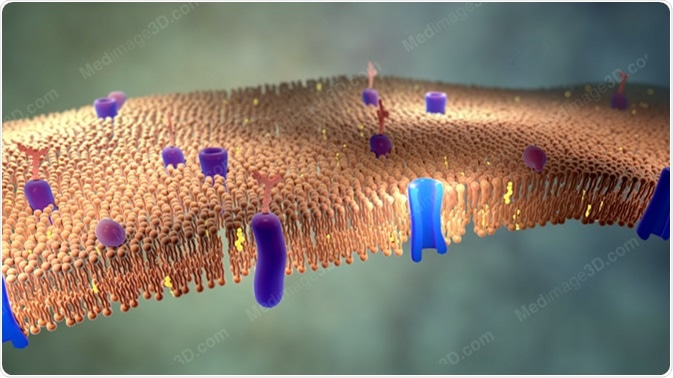 Omental fat is one risk factor for type 2 diabetes and cardiovascular disease. Interestingly, that study has found that the bound fat was used as a fuel rather than being excreted through feces and therefore avoiding fatty stool. However, the manufacturer does note that the supplement may affect stool consistency.

In a 2018 meta-analysis, use of formoline L112 was associated with lower total cholesterol and triglyceride levels in half of studies reviewed. Body weight reductions were also reported, with higher achievements if formoline L112 was combined with calorie reduction and physical activity. The studies only reported side effects in 1% of participants.

Side effects of formoline L112

As formoline L112 has high fat binding characteristics, it can bind dietary fat as well as fat soluble active pharmaceutical ingredients such as hormones, oral contraceptives, anticoagulants and antiepileptic drugs as well as Vitamins A, D, E and K, which are also fat soluble. This can reduce the effectiveness of these. The manufacturer recommends waiting at least 4 hours between taking these drugs and formoline L112.

Digestive problems such as diarrhoea are the most commonly reported effects. Further side effects have not been reported.

Formoline L112 appears to provide a modest improvement in weight loss compared to placebo when combined with physical activity and caloric restriction.

Whilst taking Formoline L112, the patients need to prevent that the effects of other fat-soluble drugs taken are not reduced. Long term studies of L112 were not conducted yet but would help to understand if the supplement can help to maintain weight or if the weight loss is only temporarily.