These celebrity dads have learned a lot about life from raising daughters.

From Dwayne “The Rock” Johnson, who has three girls and “wouldn’t have it any other way” to Ludacris who wants his daughters to walk through the world with high self-esteem and former president Barack Obama who celebrates fatherhood with traditional dad jokes that lovingly embarrass his two daughters, these celebrity men know a thing or two about parenting girls. 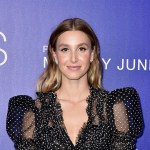 For some, the experience has changed their world views; for others, it’s expanded their sense of humor (for example, not many fathers will sit for beauty treatments as patiently as Mark Walhberg). And sometimes, it’s an excuse to have some family fun on the red carpet.

According to the American Academy of Pediatrics, there’s plenty of research on the father-son relationship during the early years of parenting, but not as much on men who parent young daughters. However, one study found that fathers of toddler girls are more “attentive” and “responsive” to the needs of their kids and are more in touch with their own emotions than fathers of toddler sons (although researchers point to unconscious gender stereotyping as a contributor). And other research shows that father-daughter relationships can affect children’s academic and romantic successes.

Some of the dads we are highlighting have their hands full with multiple daughters (Hello, Ryan Reynolds and Thomas Rhett), others like Channing Tatum devote all their time to one, and a few are raising both boys and girls. Either way, these dads are doing a great job raising strong women!