'I am a lot more patient now, and I tend to snap less at my children.' 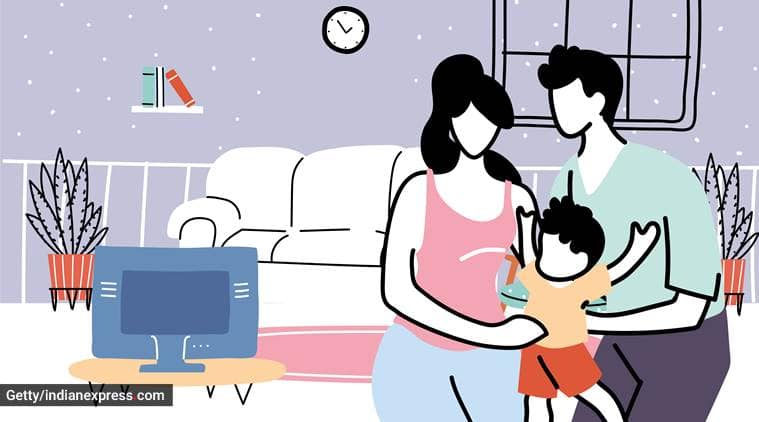 When the lockdown was initially announced, Deepthi Rohith, a 32-year-old Bengaluru-based entrepreneur assumed it would be an extended summer vacation for the family. “We moved to the kids’ grandparents’ place, with many toys and a whole load of books,” she says.

But the lockdown was extended and as things stand, there seems no respite in the immediate future. And while a lot has been said about meeting children’s challenges, little has been spoken about how their parents are dealing with the uncertainty of it all.

Deepthi, for instance, is raising two sons, both of whom are under five. But the lockdown has not changed her parenting style too much. “My parenting style swings from being extremely lenient to strict, and now my kids are aware of what is acceptable, and what is not. So, wherever we are, and whatever the situation, we do not see a lot of offsetting of our patterns. I personally didn’t have any major fears,” she remarks.

Deepthi says that while she misses socialising, the lockdown has made her a better parent. “Ever since we moved in with the in-laws, there has been no scope of meeting friends even at home or from the balcony. I miss the little free time I used to get when the elder one would be at school. Most of all, I miss my yoga and swimming classes with my son,” she rues.

“But, I must say I have found the time to learn some meditation and dab a little into spirituality. I am comparatively calmer than before. That means my screaming at the kids has reduced. I have noticed that both my sons want to play with each other all the time, whereas earlier I thought they would end up fighting. So now, it thrills me to see them bond,” Deepthi adds.

Basker Ramachandran, another Bengaluru resident, is the father of a 10-year-old. His lockdown apprehensions revolved around his daughter’s studies. “Initially, it was the ambiguity around the final exam schedule and the plans around it. We didn’t know if we should focus on helping her study and prepare for the exam. The schedule was also unknown and there was no indication if and when it would be conducted,” he says. 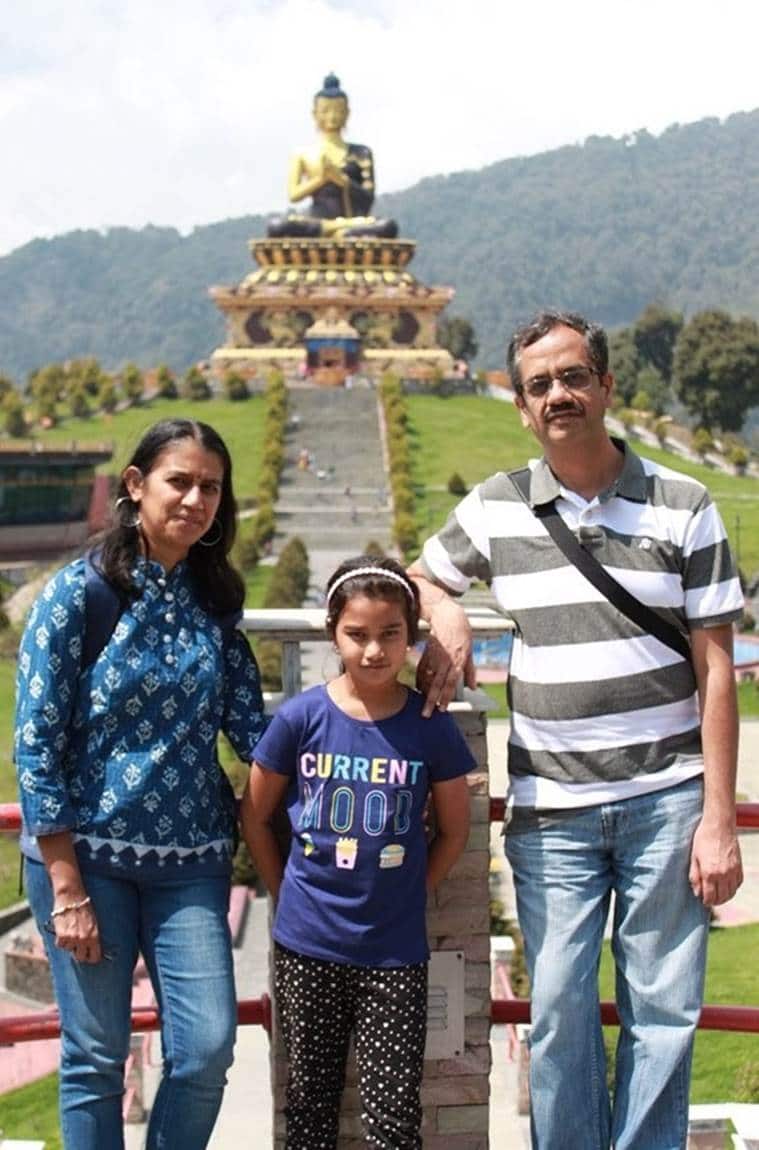 “During the lockdown, we just had to manage every aspect of the household without any help. Actually, in reality, it was not so much of a problem and we could manage it fairly well. We had to get used to eating leftover home food, which made us realise how much was getting wasted earlier,” Basker, an independent stock trader, remarks.

In the city of Kolkata, 33-year-old Priyanka Agarwal, who works at a software company, tells indianexpress.com that she had resumed work when her son was three months old. He had either been with grandparents, or at daycare. Since the job had limited her hours with him, when lockdown was announced, she was happy at the opportunity to spend more time.

“But yes, I had a lot of anxieties, too, because it was only my husband and I, who were to take care of the kid (now four years old). The biggest challenge was to keep him ‘engaged’ during our work hours. Also, the fear of constantly validating and normalising the stay-at-home concept,” she says, adding that she has missed having her own life, too. “I miss human interaction the most, be it with people at work, or catching up with friends on the weekends. Again, a big thing for me is physical activity. I love my late evening walks, which has now stopped,” says Priyanka.

She does, however, admit that lockdown has proved to be fruitful for her as a parent, since she has been spending time with her son on creative projects like painting the walls, baking delicious treats, and such. “Weekends have been so much fun. We have invented so many new games with whatever little we have at home. I believe this lockdown has taught us way too many things. I have become so patient now that instead of rushing to help, I let him figure things out himself. And yes, I have become a self-proclaimed storyteller, too!” she shares. 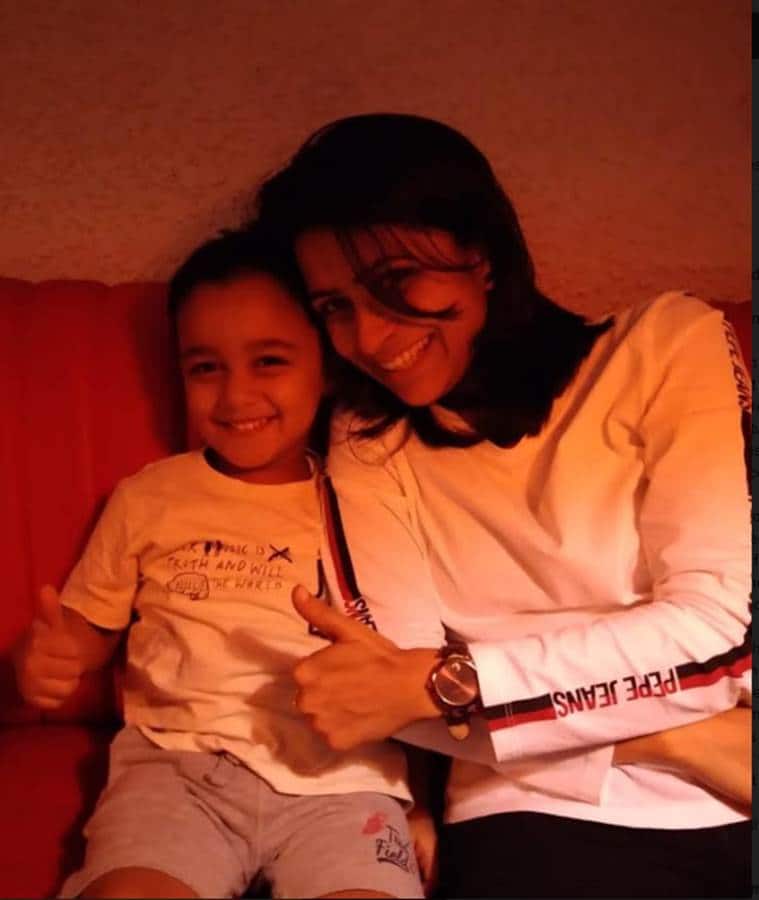 Children may think that their parents have got it all figured out, and are keeping things well under control. But, they are fretting, too. After all, parents are just human beings. But, if anything, they have the power to look at the positive side of things, and this lockdown has been a learning experience for them.

Forty-year-old Benguluru-based consultant Sowmya, for instance, feels the lockdown has brought more accountability and discipline in her house. “Lockdown has been a blessing for us as a family, as we are definitely spending more time together. There is no pressure of adhering to timelines, especially with respect to the kids’ school and the traffic,” says the mother of two, aged 10 and 2.

ALSO READ | ‘We wanted to adopt a Down syndrome baby,’ say first Indian couple to do so

While Sowmya misses coffee sessions with friends, because they were a big stress-buster, she agrees having evolved as a parent. “I am a lot more patient now, and I tend to snap less at my children.”

Deepthi says she is just thankful that the kids are happy, wherever they are, and with whatever they have. “Another positive outcome has been that my husband has become a more hands-on parent, being able to observe the kids all day. He is now a lot more aware of their routines and behaviour, and feels more involved as a parent,” she shares.

As for Priyanka, she is simply content to be making warm memories with her family in lockdown, not taking charge of everything as she previously did.

📣 The Indian Express is now on Telegram. Click here to join our channel (@indianexpress) and stay updated with the latest headlines

For all the latest Parenting News, download Indian Express App.