With Meghan Markle’s (secret) due date looming closer, speculation about Prince Harry and Meghan’s daughter’s name is at an all-time high. Bookies are in odds-making overdrive and bets are rolling in. Diana has been a front-runner from the start, and we heard about Philippa leading the pack last week, but there are also some new additions to the ranks that are picking up steam. 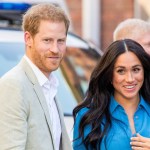 Meghan Markle's Due Date Is So Much Sooner Than We Thought

U.K.-based betting platform OLBG just announced the latest standings and there are a few surprises on the list. Diana is still heavily favored, showing 4/1 odds, meaning there’s an 80 percent chance the new Sussex will be named in memory of Harry’s late mother.

Ladbrokes, another U.K. based gambling site has Philippa near the top spot at 2/1. Since the death of Prince Harry’s grandfather Prince Philip last month, support for Philippa has grown, owing to Harry’s close relationship with the former Royal Consort. The grandfather-grandson relationship was by all accounts a close one, with the two bonding over their military service.

A new surprise in the standings though is the inclusion of “A” names for Archie’s baby sister — Alexandra, Alice, and Alicia are all in OLBG’s top 10, meaning that a good number of bettors think the Sussex’s will be all in on alliterative names for their kids.

Knowing the royal family’s penchant for honoring monarchs both past and present with their baby name choices, Elizabeth is obviously near the top of the betting list. Just behind Diana and Philippa, bookies have Elizabeth at 10/1 odds of becoming the newest royal baby name.

But lets not forget that royal babies tend to have more than the typical number of names, so who knows, we may end up with Diana Philippa Elizabeth Alexandra Mountbatten-Windsor.

And it’s not just the baby’s name that oddsmakers are speculating on, it’s her arrival on the scene as well. When the royal couple announced Meghan’s pregnancy back in February, it was reported that the newest Sussex was due sometime this summer but no other info regarding her due date was released.

OLBG has July leading the pack of summer months followed by June and August with May and September bringing up the rear.

Whenever Unnamed Baby Sussex arrives, we know her name will be amazing and have little doubt that the world collectively will fall in love with her.

See the meaning of our favorite royal baby names from around the world.